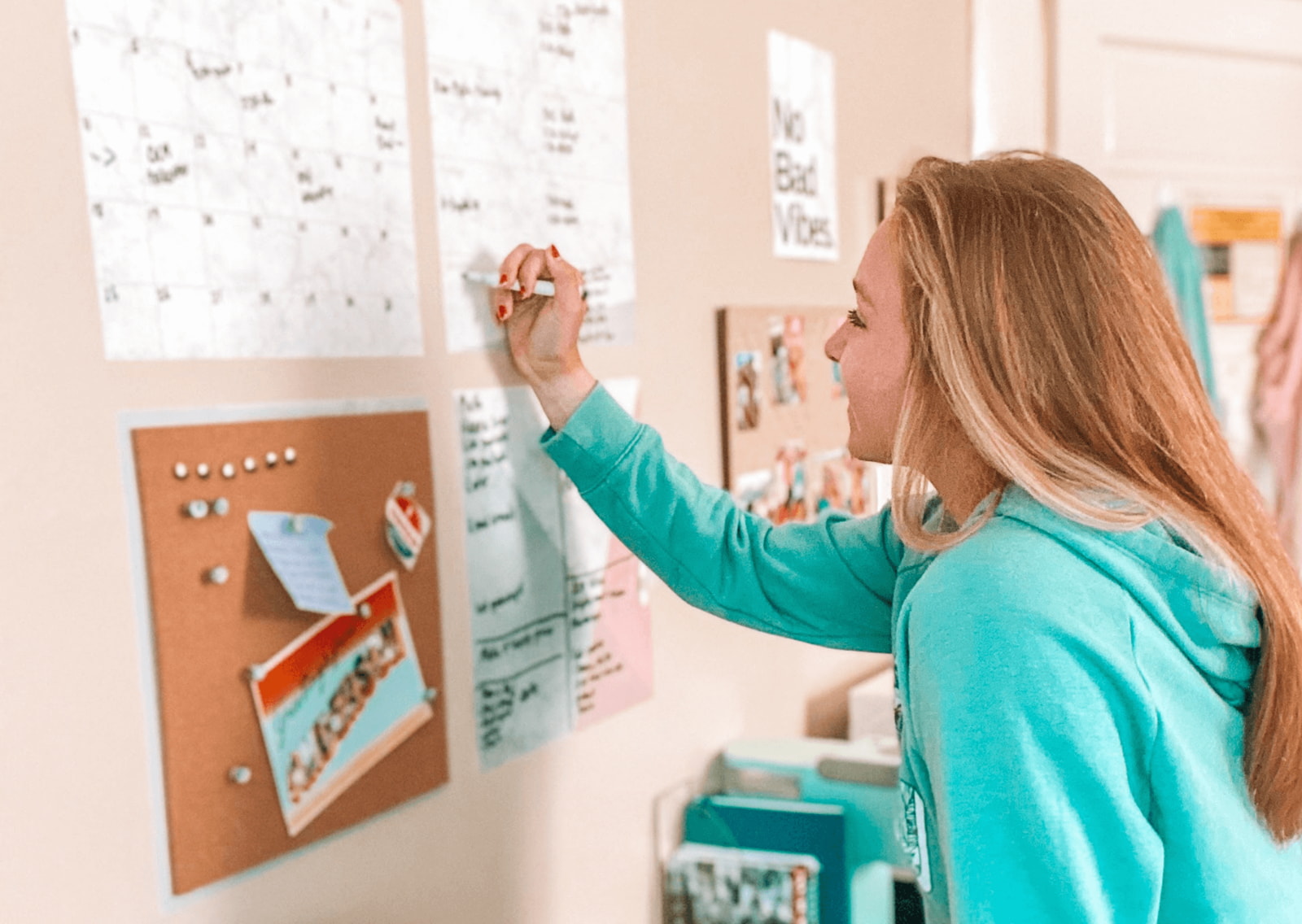 USE CODE CAMPUS25 AT CHECKOUT

Ask the Ambassadors: Dealing with Rejection

Applying to colleges is exciting, but the road to actually choosing your school can be a bumpy one -- it’s full of standardized tests, long applications, and sometimes, rejection letters. Getting deferred, waitlisted, or rejected from one of your top choice schools can be tough, but you can still choose a college that will be a great fit for you.

In today’s Countdown to Decision Day update, our OCM Ambassadors are talking about how to deal with rejection and move forward with your college decision. You’ll be hearing from:

To get to know the panel, be sure to check out Meet the Ambassadors.

Don’t forget to get in on the Decision Day fun!

In honor of College Decision Day, we’re celebrating with 10 days of giveaways, exclusive offers, and tips & tricks from our Ambassadors. Be sure to follow @ocmcollegelife on Instagram to join in on the fun.

Are you daydreaming of a decked out dorm room? Today ONLY, wave goodbye to boring dorm walls when you take 20% off all OCM wall art with code “WALLART20” -- and don’t forget to check back tomorrow for more goodies and giveaways.

We want to hear where you’re going next year! Tag us in your story on May 1st to be featured and entered to win a graduation gift from OCM.

Dylan - I sent my applications in around the end of December, and I started hearing back around mid/end of March.

Alec - I sent a few in early September and October for early action and schools with rolling admission. I started hearing back from those in mid-to-late January. The rest of my schools I heard back in February and March.

Aiyana - I had done a lot of tours and research when I was a junior in high school, so when it came to senior year, I applied in October and November and I started to hear back in late November and December.

Ella - I applied early action to both of my schools, it eliminated a lot of stress because I was able to hear back sooner.

Alec - I recommend applying early action. Sometimes people mix up early action and early decision. Early action just means you hear back sooner, and then if it’s not the news you need you have more time to work on your applications, get more letters, and work with your counselors.

Aiyana - I definitely recommend applying early action, considering decisions need to be made in May. If you don’t hear back until April, it can be very stressful because then you don’t know where you’re going or what you’re doing

Rebecca - I started applying in November and started hearing back about a month later. The last school I heard back from was in the end of March, which was really stressful because the other schools had already gotten back to me and I was trying to make my decision. I had already started going to accepted students' days on the campuses, so hearing back in the spring threw me off. I did hear back pretty quickly from most of my schools.

Kate - I applied in September and I heard back in November, I got to make my decision pretty early.

Michelle - I applied in October for early admission, and I heard back in the beginning of December. It seemed like they had everything I wanted, so I was ready to go there and see what it was about.

Bailey - I heard back very early from the school I go to now, some of the other schools I applied to I don’t think I heard back until March/April. I knew before Thanksgiving, I think once I saw I was accepted I knew it was meant to happen.

Erika - I started applying early in my senior year in the Fall to the places I knew I was considering. The school I go to, I applied for the honors program and those interviews are in January so I knew I had to be accepted by that time. My school does rolling admissions, so they let you in as you apply.

2. Did you apply to any schools you weren’t accepted to? How did you deal with that?

Alec - I was deferred and denied from a few schools I applied to. It was rough, but those were my “reach” schools so I was already prepared for the idea that I might not get accepted. It’s important to not get discouraged and make sure you apply to enough schools to make sure you have options.

Ella - I only applied to two schools. I got deferred and then waitlisted from North Carolina State. It was rough, because the campus is beautiful and I liked the fact that it was big and tiny at the same time. It worked out fine, I like where I am now and I think it’s where I’m meant to be.

Aiyana - I also visited Stony Brook and that was my top choice. I got waitlisted there. It wasn’t too discouraging because I liked the other school I applied to too, so it wasn’t that big of a deal.

Michelle - I applied to Binghamton and I didn’t get in, I was sad and a little bit discouraged with myself but I feel like everything happens for a reason so I tried not to beat myself up too much about it.

Cheyenne - One of the colleges I really wanted to get into was Texas Christian University, which is a really well-known private school here in Texas. I ended up being put on the waitlist after I applied. By the time I found out that I didn’t get in, I had already accepted my offer to go to a different school. I was fine with it.

Dealing with rejection can be tough, but it’s just a part of the college application process. Tomorrow we’re talking about what you should (and shouldn’t) stock up on before you head to campus, so stay tuned! And don’t forget to follow @ocmcollegelife on Instagram for the latest on our Countdown to Decision Day discounts and giveaways!

END_OF_DOCUMENT_TOKEN_TO_BE_REPLACED 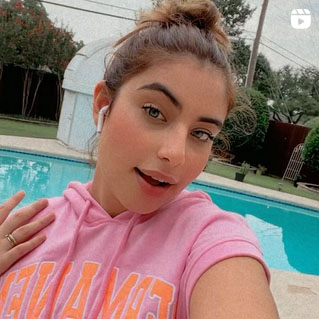 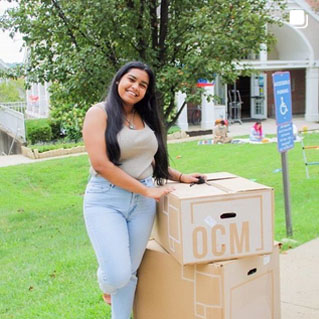 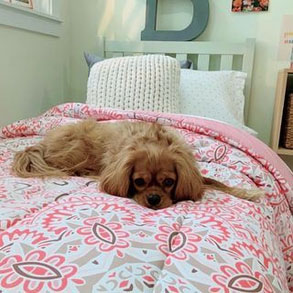 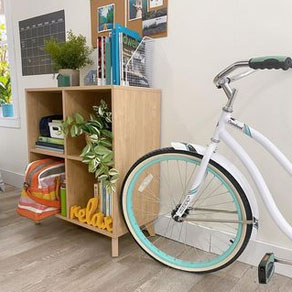 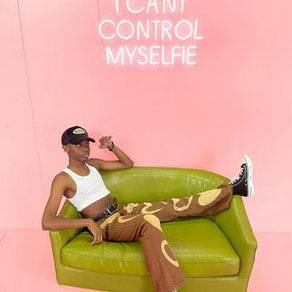 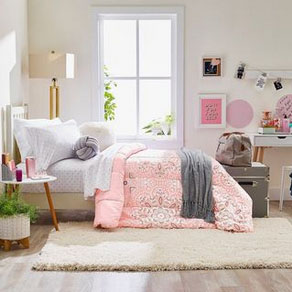 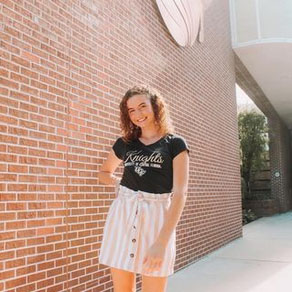 How to Maintain Your Mail Security On a Budget

Why Your Freshman Year Roommate is Your Best Friend

Need Help? How to Find a Roommate for Freshman Year

How to Afford A Studio Apartment

Dorm vs. Apartment: What is Cheaper (and Which One is for You)?

How to Make a Dorm Look Like an Apartment

All You Need to Know: Studying Tips for College

Fun Things to Do With Friends at College

What Is Freshman Orientation?

Freshman Year College Advice: What You Need to Know

Now that you're all moved in, stock up on college essentials you still need. Use your code to save!
END_OF_DOCUMENT_TOKEN_TO_BE_REPLACED
Dorm Bedding
Dorm Bedding Sets
Storage Trunks
College Care Packages
Diploma Frames

Dorm Bedding: Everything You Need for Your College Room [2022 Update]

Your Guide To Every Twin XL Mattress Pad Topper for Dorms